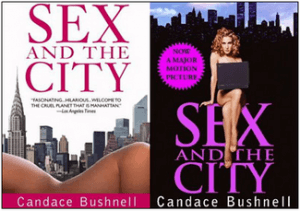 Let’s talk about sex! There are effective ways to get ‘in my face’ and then there’s cleavage. Without delving into the psychological aspects of sexy marketing tactics, the following will explore seduction, cleavage, humorous ads and their effectiveness in today’s media.

It seems sex is on everybody’s mind this week, particularly due to the new film “Sex And The City” premiering this weekend! Maybe Wall Street should get out and see it, based on this week’s Forbes.com article, which reports a skin-tingling “Sex (And The City) Economy!”

It’s old news that sex sells, yet with the exception of advertising industry cocktail parties, everyone on MadAve still seems to whisper about it. When are we going to come to grips with the fact that the majority of online commerce is “Very $exy?”

Published on Madison Avenue Journal May 29, 2008